DMFCO proudly supports the Rietveld Schröderhuis, one of the most important architectural achievements of the 20th century. In 1924, Dutch architect Gerrit Rietveld designed a house according to the wishes of recently widowed Truus Schröder, who wanted a dwelling that freed her instead of constrained her. This resulted in an innovative house that broke with all conventions; its influence is still felt by architects today.

The Rietveld Schröderhuis is a UNESCO World Heritage Site since 2000 due to its radical approach to design and the use of space. An icon of modernism in architecture, the house is the embodiment of De Stijl, a Dutch artistic that also included Piet Mondrian. Characteristic features of the house include the fluid transitions between interior and exterior, the clean horizontal and vertical lines and the use of all primary colours, alongside white, grey and black.

"Rietveld changed our homes, DMFCO will change the way we finance them"

Rietveld disrupted and modernised residential architecture. In a similar spirit, DMFCO is changing the world of mortgage financing. DMFCO is the biggest independent asset manager in the Netherlands and one of the largest mortgage providers in the country. Our innovative approach to mortgage financing makes home loans more efficient for investors and home owners alike. Rietveld changed our houses, DMFCO is changing the way we finance them. 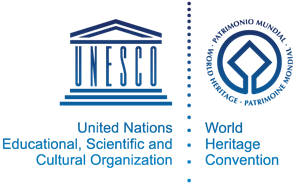